This recipe appears in America’s very first cocktail book, Jerry Thomas’ “How to Mix Drinks.” But it’s not even a little bit Japanese. 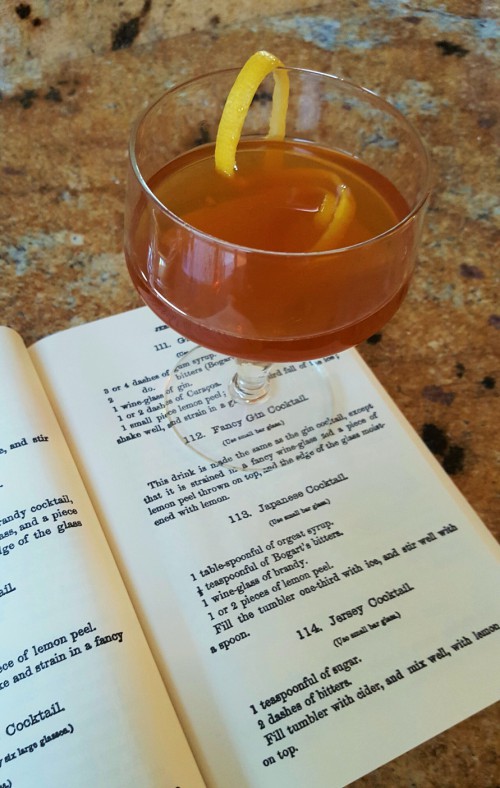 To explain why the Japanese cocktail has nothing Japanese about it, drinks historian David Wondrich tells the story in his book Imbibe.

Short version: In 1860 the first Japanese diplomatic delegation to visit the U.S. was in New York, lodged not far from Jerry Thomas’ bar on Broadway. Thomas, America’s first celebrity barkeep and author of How to Mix Drinks or The Bon-Vivant’s Companion (1862), may have served this drink to the delegates. Like most ancient cocktail history [Wondrich will be the first to admit], the story is built on rickety inference and hopeful attempts to associate long-disconnected dots.

Anyhow, the Japanese Cocktail is one of a few drinks in that seminal text that’s easy to make from contemporary ingredients.